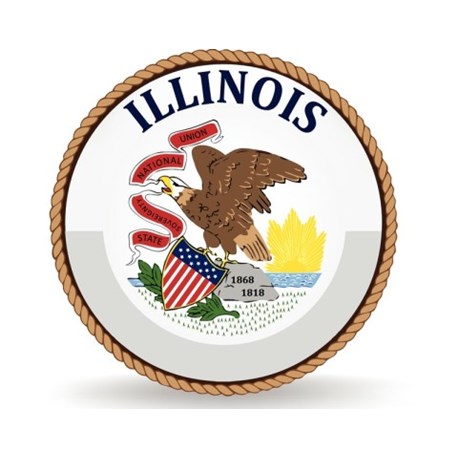 For years, Illinois, home to hundreds of major corporations and trade associations, has, by contrast, been one of the smallest captive domiciles in the United States.

At the end of 2021, Illinois had just two captive insurance companies, while those captives generated just over $2.4 million in gross written premiums.

But captive growth, thanks to the action of Illinois state lawmakers in late 2018, could return, some predict.

That action was the passage of legislation to update the Illinois captive statute to make the state more competitive with other captive domiciles.

Indeed, then governor Bruce Rauner said the captive changes would make Illinois "more attractive to companies that use this option."

For example, under the updated law, the minimum capital and surplus requirement is just $250,000 for single-parent captives, $500,000 for industrial insured captives, and $750,000 for association captives.

By contrast, under prior law, captives generally had to maintain $1 million in capital.

In addition, under the new law, captives licensed in Illinois have the ability—after first obtaining the approval of the director of the Illinois Department of Insurance—to provide loans to affiliated companies.

The law also includes a provision that reduces the industrial insured premium tax from 3.5 percent to 0.5 percent of gross premium.

Illinois business groups are very supportive of the changes state lawmakers made to the captive statute.

"We're very pleased that the law has been modernized so that Illinois-domiciled companies can manage their risk here at home," said Mark Denzler, president and CEO of the Illinois Manufacturers Association in Springfield, Illinois.

The passage of the legislation, observers say, sets the stage for renewed captive growth in Illinois.

"Captive insurers will be a great fit for a lot of companies here," said Lisa Kaderabek, a partner with the law firm McDermott Will & Emery in Chicago.

"Setting up captives in Illinois has become a much more viable option for companies," said Rocco Mancini, a vice president with Marsh Captive Solutions in Norwalk, Connecticut.

"The Illinois Department of Insurance supported the recent changes to the state's captive statute and looks forward to the future growth of captives in Illinois," according to a statement provided to Captive.com by department staff.

The state of Illinois has encouraged captive insurers to incorporate within the jurisdiction. This is consistent with its history of encouraging the creation and development of alternative risk financing arrangements, such as the Illinois Insurance Exchange (which was formed in 1981). At the end of 2018, reforms to the state's captive insurance regulatory framework were passed to make Illinois more competitive with other US captive domiciles. Captive management services are still developing in the state, but all other services are present and established.