The Early Days of Captives 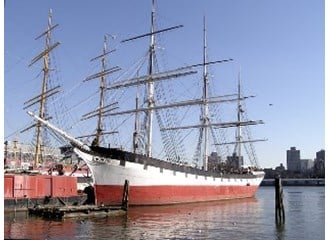 Early captives shared risks among shippers on the same voyage and among different owners of different voyages. 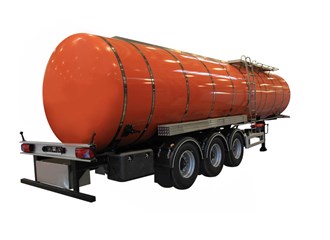 Frederic M. Reiss (1924–1993), often called the "great white father" (because of his shock of white hair) of the captive movement, founded Steel Insurance Company of America, a captive developed for an Ohio steel company, from which the term "captive" was borrowed from "captive" mines sending ore to the company's mills.

Fred Reiss set up American Risk Management in Bermuda, where the first captives were domiciled. (Its name changed in various ways from ARM to IRM to IRMG. All are referred to in this timeline as the "Reiss Organization.") The three keys to his unique success were as follows. 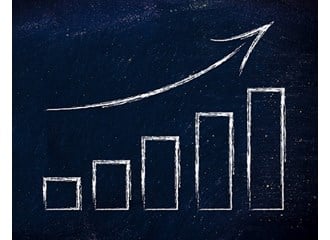 Captive Insurance Company Directory is published by Risk Planning Group Annually. There are already 100-plus, but are undocumented.

He was an attorney who helped Fred Reiss with most of the initial wave of captive formations, wrangled with the IRS, and advised offshore domiciles on their captive legislation. In some ways, he should share the limelight as "father" of the modern captive insurance movement. 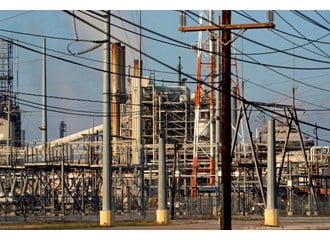 Energy industry captives leave the Bahamas. The lesson for captive domiciles: when regulations become too strict, too uncertain, or premium tax is threatened, captive owners will move out.

This organization vets all captive submissions and is the first significant effort to defend the reputation of the domicile by rejecting unsavory applications. 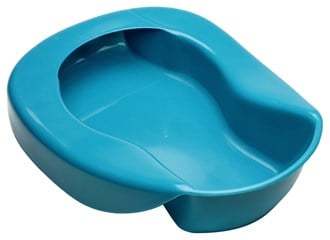 Medical malpractice (medmal) mutuals begin to command 60 percent of the medmal liability market. Many were created for insureds in single states.

Created by the National Paint and Coatings Association, it is a group captive that served the chemical industry. After the Reiss Organization, it was one of the first to base participation on adherence to building and protection standards, using its own engineers and surveyors. It was run onshore by administrator Harry House, who was one of the big names in the early days of captives. 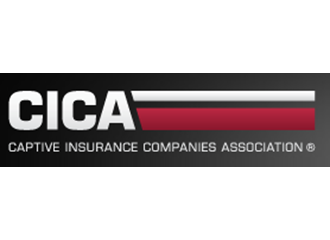 Oil Insurance Limited (OIL), a group captive for 17 major energy companies, was initially formed in response to a lack of pollution liability coverage. It started life as a property-only group captive, and devised a 5-year rolling rating plan that ensured substantial repayment of major losses by members. In 2015, it had 50+ members and $2 trillion insured values.

Nuclear Mutual Limited (NML), a group captive formed in Bermuda by 14 nuclear utilities in 1971, issues its first policies covering property damage at US nuclear power plants. NML members were contingently liable for up to 14 times premiums, callable by NML if needed to pay losses. Prior to its merger with Nuclear Electric Insurance Limited (NEIL) in 1997, NML provided the first $500 million layer of property and decontamination insurance for all US nuclear power plants. 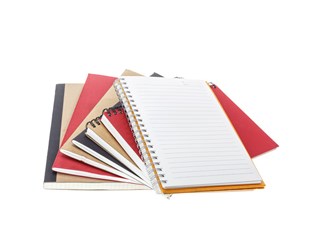 This company lost 55 percent of its captive's capital in the first months of operation. The captive's owners persevered and it grew in value to $12 million over the next 5 years.

Associated Electric & Gas Insurance Services Limited (AEGIS), an electric utility group captive, was formed as a mutual. One of the most successful group captives, AEGIS now has over 300 policyholders in the energy industry, and 2015 premiums exceeded $1.5 billion. It has surplus lines status in all US states. 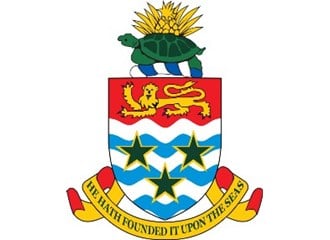 This was the start of Cayman as a healthcare captive center. The Harvard medical centers' captive met with "resistance" to licensing in Bermuda because of its need to cover individual physicians, so they switched to Cayman. This induced many other healthcare captives to follow them there. Today, Cayman is the largest offshore domicile for healthcare organizations based in the United States. It is a lesson to any new domicile: attract and license a big-name captive owner, and others will follow.

Held in Bermuda by consultants at Risk Planning Group, fewer than 50 attended, but it took off after that.

An influential Lloyd's of London underwriter, he moved to Bermuda to underwrite unrelated business for Gulf Oil's Insco. In the end, Insco lost a lot of money, but it did much to establish Bermuda's reputation as an insurance center. 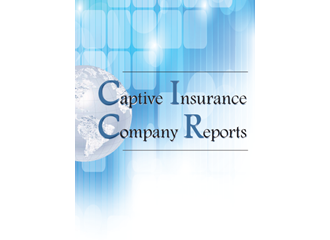 First issue of the first of the specialty captive publications, it was part of the publishing suite of Felix Kloman's Risk Planning Group. It contained no advertising and was known for acerbic "CICR comments" and limericks. CICR is published today by IRMI.

A captive pooling plan based in Bermuda. The first of several attempts by CICA members to share their risks, turning own premiums into unrelated business. It didn't last very long, though. Another was CORAL, in Cayman, as well as the Bermuda-based Captive Risk Exchange. The Reiss Organization's R-Pool did the same pooling for client captives. 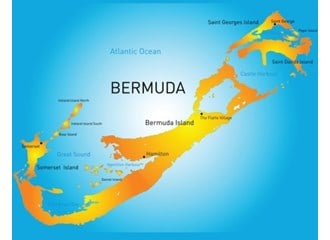 It designated the number of group captive members needed to achieve tax deductibility of premiums. Applied to OIL at the time (31), other rulings and cases went on to refine it down to about 12. With the right number of owner/insureds, and no one representing a big percentage of the total, deductibility for all was assured.

This is the first specialized and commercially visible rent-a-captive by Mutual Risk Management. Most large insurers had provided captive account facilities for large clients, but this was the first dedicated facility. For a while it grew like Topsy, especially on agent-owned captive accounts, but later expanded into too many questionable businesses including a fronting facility, and went broke.

Still single-parent captives, it took many years before membership numbers grew significantly. During this period, CICA was primarily a meeting place for captive owners. 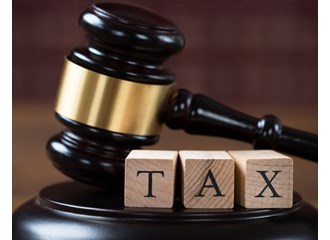 This was typical of insurers offering professionally underwritten unrelated business to client captives and similar to the "sidecars" of the 21st century. The MUF lost a lot of money for everyone. The Reiss Organization started something similar, the United Treaties, from which some clients managed to come out whole, but most didn't.

The first of several pooling plans set up to generate unrelated business by exchanging risks with others. First Island didn't really get off the ground, but its successor, Green Island, did in 1998. The significance was that this served as the model or "grandfather" for the pooling plans adopted by micro-captives (831 (b)s in the 21st century).

Pinehurst's Transworld was created to provide unrelated business for its captive clients, as part of Emmet & Chandler, a Bermuda conglomerate, which later became Jardine Risk Management. 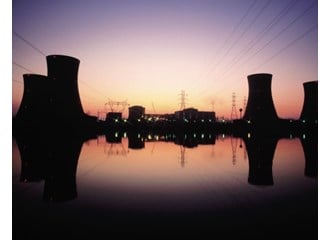 After the accident at Three Mile Island in 1979, US nuclear utilities formed Nuclear Electric Insurance Limited (NEIL) to protect against the extra expense incurred during prolonged accidental outages at their nuclear plants. NEIL issued its first insurance policies in 1980. In 1981, NEIL started insuring nuclear property risks for losses excess of $500 million. In 2016, NEIL's surplus is about $4 billion. Its members are contingently liable for up to 10 times premium. NEIL moved its headquarters to Delaware in 1988, although it has retained its Bermuda domicile.

Darwood was an adviser to not only Cayman, but Bahamas, Guernsey, Bermuda, and the National Association of Insurance Commissioners (NAIC). He was the first dedicated captive insurance supervisor. While legislative certainty in offshore domiciles was becoming important, Darwood designed and wrote most of Cayman's captive legislation.

This enabled reinsurance of US domestic employee benefits. Because it originally applied to direct business (not appropriate for most captives), it took until 2000 for the first to get through.

Adding group-owned captives, it is still run by and for captive owners. Some service providers were invited to meetings (if they were lucky).

Driven by greed and notions of tax defense, risk managers were mistakenly led to believe that, since their own accounts were so profitable, they could underwrite commercial reinsurance and make lots of money. Instead they provided "innocent capacity" that was taken advantage of by professional brokers. Most captives lost a lot of money on commercial reinsurance. 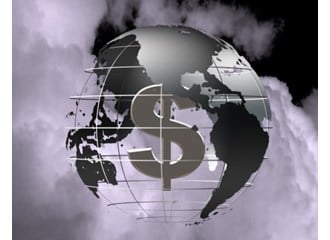 Investment income becomes the main reason to form a captive. It does not last, though, with rates dropping back to "only" 10 percent within a few years. Luckily there was no requirement to "mark to market" or there would have been incredible volatility on captive balance sheets' assets.

Under this Act, which was improved in 1986, a group captive could obtain a state license under federally chartered insurance law to directly write all casualty coverages (except direct workers compensation). It gave a boost to the number of group captives, although by the time risk retention groups (RRGs) became more common (more than 200 are operating today), the liability crisis had passed. While RRGs only have to meet licensing requirements in one state, eliminating the need for fronting, several state insurance commissioners tried to block applications and submissions, and some still do. RRGs are not subject to state guarantee fund assessments.

Vermont was part of the new wave of domestic domiciles. Thanks to the support of RIMS, Ed Meehan's foundation building, and Len Crouse's tireless promotional efforts, Vermont went on to become the number one US domestic domicile by numbers, growth, and influence. In 1986–88, some 150 captives were licensed. They were quick to change when change was called for. For example, initially they had a minimum premium threshold of $2 million. They soon eliminated that. There are now about 570 captives in Vermont.

He became the longest-serving insurance regulator in any domicile from 1982–2014. Under Rod, the new captive legislation was enacted, although Electrolux and other Scandinavians had established captives there earlier. Rod took part in defending captives in international supervisors' meetings and pronouncements, and did his best to resist Solvency II in its original manifestation.

According to CICR, there were estimated premiums of $7 billion. Formations slowed as the insurance market was getting "soft" again. 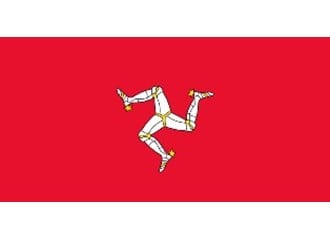 This permitted entirely tax-free captives, and was notable for domicile (offshore, remember) of captives of government-owned entities, such as the water companies, British Gas, and British Telephone. The image of "cloth cap" finance compared to Guernsey's "rich man" image played a role of interest to modern domiciles' image building. 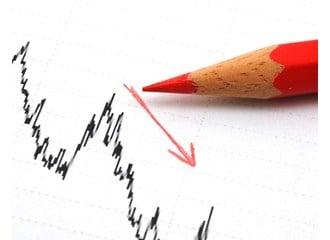 Captive Insurance Company Directory estimated that there were premiums of $6.5 billion, down from previous year.

This was the first "onshore" captive domicile in Europe. The main advantage was the requirement of equalization reserves to be set up that had the result of deferring taxable income indefinitely. 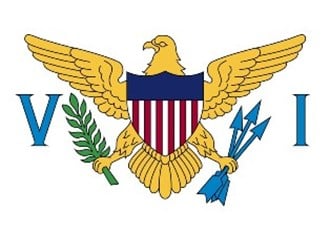 US Virgin Islands (USVI) tried for characterization as onshore for regulatory purposes and offshore for tax purposes. In spite of tax advantages, the domicile never really succeeded due to regulatory and administrative difficulties. This serves as an object lesson for new domiciles today.

Deficit Reduction Act (DEFRA) restricted single-parent captives, not group captives. It extended the definition of Subpart F income (taxed to owner in current year whether remitted or not) to include most non-US income as well as US-source income. 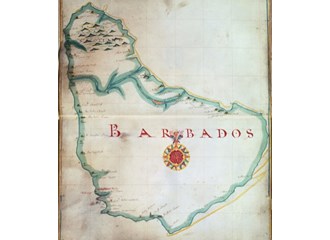 Favored Barbados and eliminated the Federal Excise Tax (FET). It also followed Barbados's cooperation with Granada invasion by United States. Treaty only lasted a few years, though. Bermuda rushed to get the same treatment in 1988, which it did. It, too, didn't last.

It grew to become one of the largest group captives, after energy and nuclear industry mutuals. In 2016, numbering some 300 smaller companies, writing $350 million gross written premium (GWP), Raffles successfully developed self-rated accounts plus a shared-risk layer whose results for each member were mainly affected by their own losses.

This is the first significant reinsurance of US employee benefits to a captive by Pru Re. 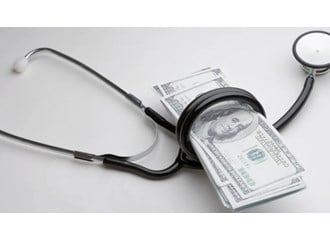 Capacity and coverage contraction resulted in geometrically higher deductibles and costs. This motivated many healthcare entities to form captives—a heyday for new ones.