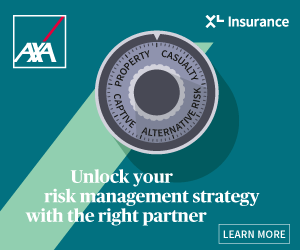 Home Captive Videos Brexit and Lloyds: Is this the Beginning or Is It the End

Brexit and Lloyds: Is this the Beginning or Is It the End

Brexit refers to the withdrawal of the United Kingdom from the European Union. Michael Maglaras, principal of Michael Maglaras & Company, considers what this means for the Lloyd's of London market and for those with captive insurance companies in the Lloyd's market. While Mr. Maglaras believes that Lloyd's is not going anywhere, he expects changes. For instance, some London-based meetings may move to Dublin or Brussels. Likewise, if you have a base of risk in the United Kingdom, "passporting" insurance between EU countries may become more difficult. However, he says the talent will not change and will not leave the London market. Also, the amount of facultative and treaty capacity currently provided by Lloyd's cannot be absorbed by the US and Bermuda markets. Further, he believes that the way in which the Lloyd's market has responded creatively, succinctly, and cogently in a supportive way will not change.

Subscribe to the Captive Wire daily newsletter and get this FREE 12-page report: The COVID-19 Pandemic: Opportunities and Implications for Captive Insurance. With a history of "shining" through difficult conditions, captives are poised to be implemented as valuable tools for uncertain times, now and in the future.